Wisconsin-based S&B Lawn Systems, Inc. was launched in 2008, by two Milwaukee-area entrepreneurs who had a passion for lawn and stripes. The idea was hatched when one of the founders became a new homeowner and had a lawn of his own to maintain. Inspired by the impressive patterns in the grass and turf of major league ballparks and golf courses, he searched for a striping attachment for his push mower. After purchasing an online product, which was difficult to install and quickly broke, he began to construct prototypes for the Lawn Stryper™ in his garage.

Within weeks he was attracting the attention of neighbors and friends, one who eventually became his partner as they refined the Lawn Stryper™ prototypes and secured the capital needed to launch S&B Lawn Systems. Today thousands of lawn care enthusiasts across the country have transformed their properties with the Lawn Stryper™ Lawn Striping System, creating their own unique eye-catching patterns and swearing never to return to an ordinary-looking lawn.

S&B Lawn Systems is proud to have partnered up with Midwest vendors. To this day, all manufacturing and assembly occur in the USA.  Stripe On! 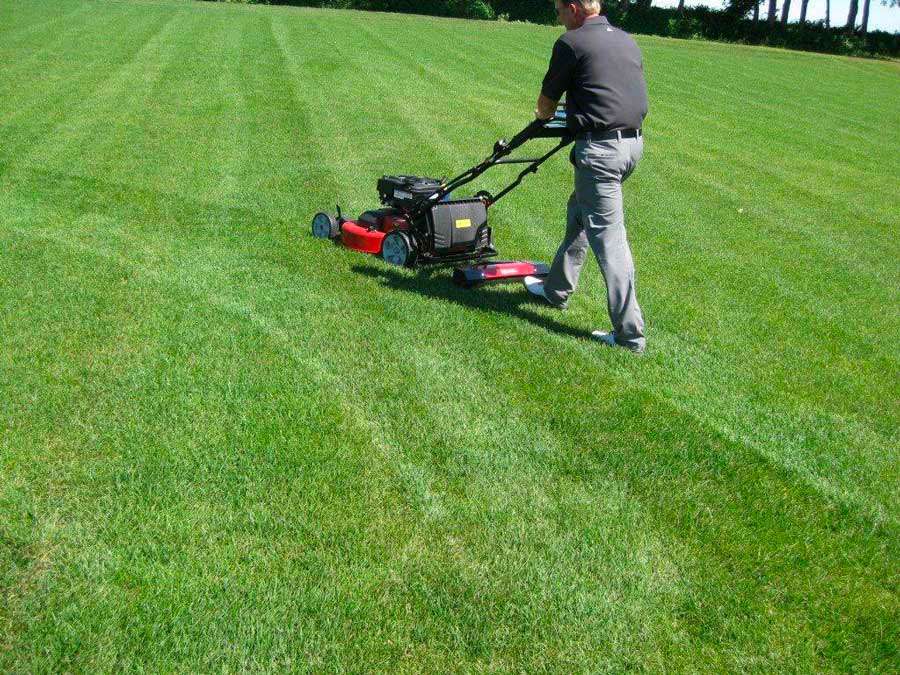