Wisconsin based S&B Lawn Systems, Inc. was launched in 2008, by two Milwaukee-area entrepreneurs. The idea was hatched when one of the founders became a new homeowner and had a lawn of his own to maintain. Inspired by the impressive patterns in the grass and turf of major league ballparks and golf courses, he searched for a striping attachment for his push mower. After purchasing an online product, which was difficult to install and quickly broke, he began to construct prototypes for the Lawn Stryper™ in his garage.

Within weeks he was attracting the attention of neighbors and friends, one who eventually became his partner as they refined the Lawn Stryper prototype and secured the investors needed to launch S&B Lawn Systems. Today thousands of lawn care enthusiasts across the country have transformed their properties with their lawn striping system, creating their own unique eye-catching patterns and swearing never to return to an ordinary looking lawn. 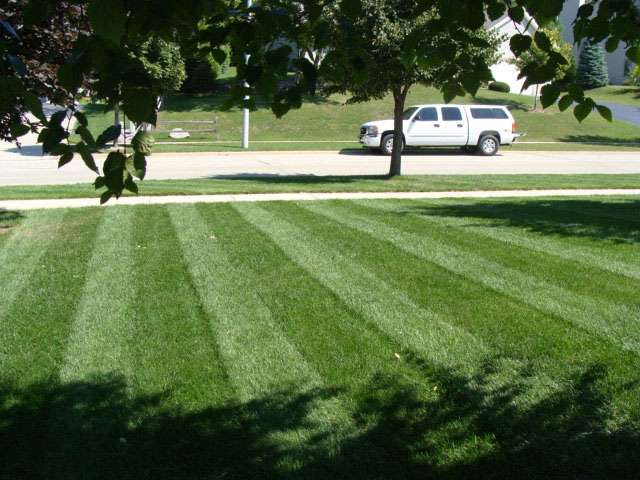 About Us
How to Articles
Lawn Patterning
General Tips